I woke up today and had an idea for a simple way to join lots of tiny sections of plastic printing filament together, so I thought I would give it a try for Day 3 of  30 days of creativity ( #30DoC ).

Ever since my first filament joiner I have been thinking about easier ways to simplify the process. It's quite hard to join sections smaller than about 50mm manually and I always wanted a simple way to change with lots of colours every layer of an object, that would indeed look totally great!
Filament joiner here on Thingiverse if you fancy making one.

So my idea was to use PTFE tube (6mm outer and 3mm inner) to hold tiny cut sections of 3mm printing filament and pop the coiled tube in an oven to fuse the sections together, all sounds perfectly dandy and totally awesome? it should work? right? 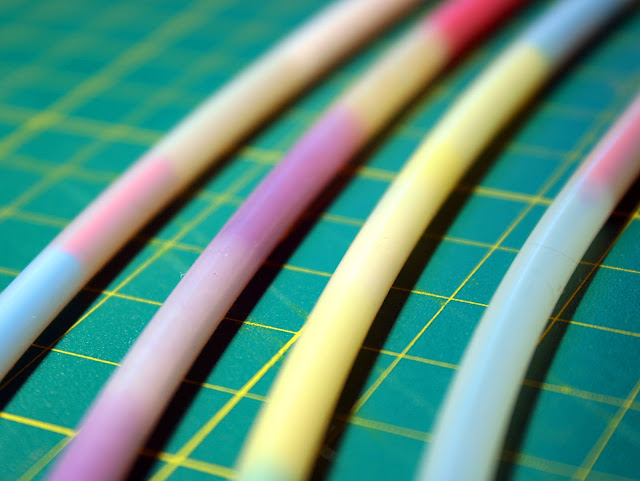 Cutting sections of PLA and inserting into the tube was no problems at all.
I had a 1.2M coil of PTFE tube and lots of tiny sections of filament. 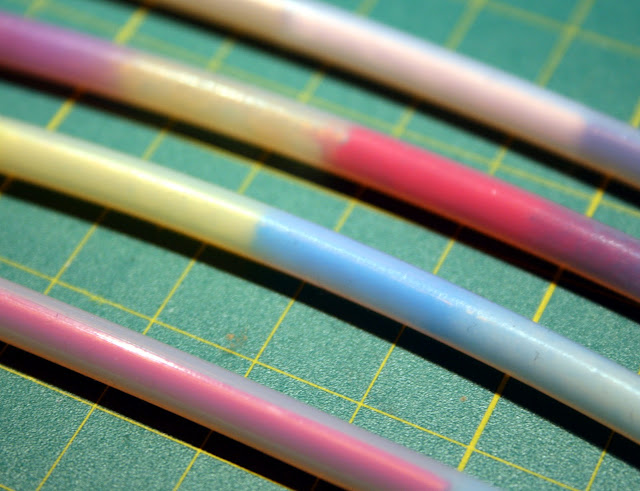 It coiled easily and fitted in the oven, heated up and the filament started to melt. 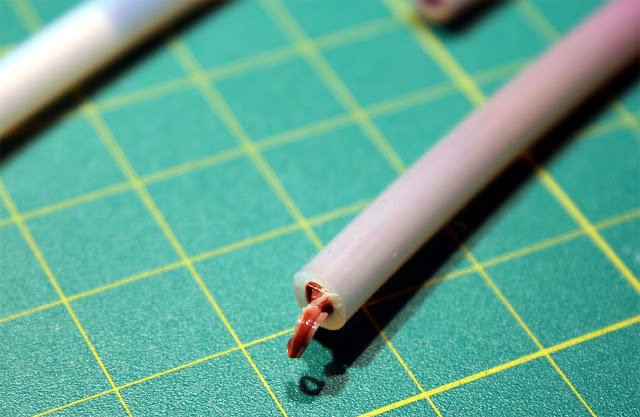 It has a little oozing at each end and I could see the sections were not fusing together as I had hoped. 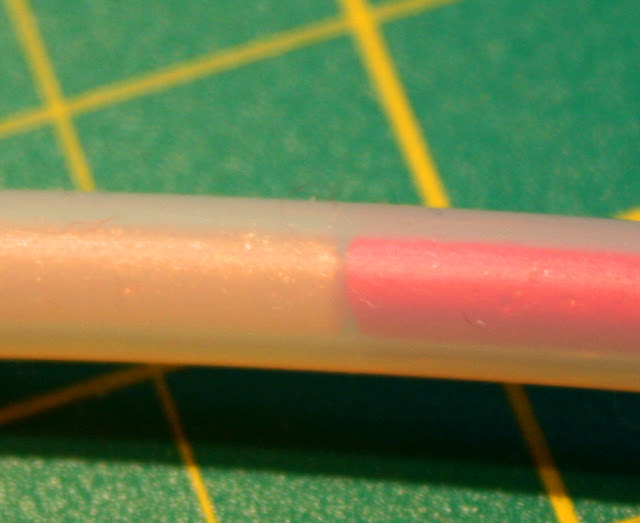 Exactly the opposite was happening, they were moving apart from each other.

The PLA was getting nice and soft, unfortunately so was the PTFE tube. I removed it and tried to push a 2.5mm metal rod up the tube, this didn't work and I concluded the tube was just too long.

I cut the tube in half and popped it back in the oven, this time it worked a little and I had a section of joined filament out the other end. Then the PTFE tube cooled down and trapped my rod inside the tube stuck to the filament!

I had a few more attempts, but each time the sections that came out were not fused well enough together or the PTFE tube swelled and got jammed up.

I'm pretty sure that PTFE tube elongates as it heats up, and as my PLA sections were not constrained in the tube they also moved along the tube or generally decided to not want to fuse together and actually shrink in length while getting a little fatter in diameter.

So could blocking one end of the tube with a M3.5 bolt and then compressing the filament the other end as it heats up give a single filament? well worth a try at some point?

Or maybe the tube needs to be quickly cooled down so the contraction helps form the filament?

Or possibly the filament needs to be squashed down the tube while still hot and then allowed to cool. (I'm thinking that it will never come out again then)...

Or just maybe the hot tube and contents needs to be passed through a number of aligned sets of bearings squashing it and it's contents to allow fusion and also reducing the filament inside a little to give it a fighting chance to get the damn filament out of the tube again!

Thinking about it now as I type this, it's the same problem we get when the thermal insulator of a hot-end is above 60 degrees C, the PLA jambs up and refused to slide so it could just need to be mechanically stretched after fusing inside the tube while it's still all hot, the bearing die idea may actually work...

So it failed... but I still wanted to post the idea as someone out there may well be able to make it work.

It could have been great! If I get more time I'll try again, Ideas anyone?

This is really going to bug me now...I was dreaming of printing a rainbow Giraffe for you all :(

You gotta fail a bit or you're not trying hard enough!