Hello, and I hope you are having a good day? Here is an update of my RepRap adventures over the last few evenings -

Here is another one at 0.2mm layers - using the SCAD script richgain posted a few days ago - 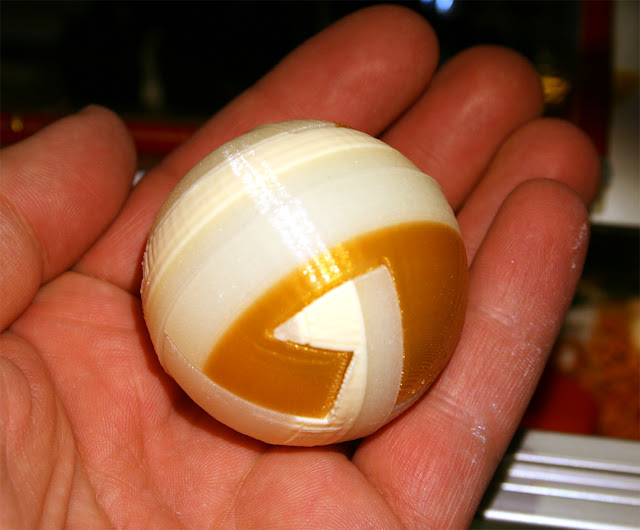 I have not yet tried Greg's high resolution version, but it's on my list.

Day 20 was a Raspberry Super Pi Case - On thingiverse Here - It's a jazzed up version of the great case by HansH with added mounting ears and SD card support, light guides, etc. 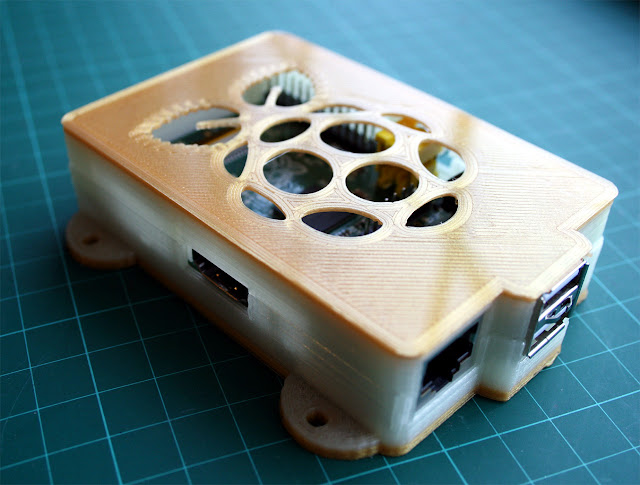 Here it is in 'Special Edition' Gold and Glow in the Dark! 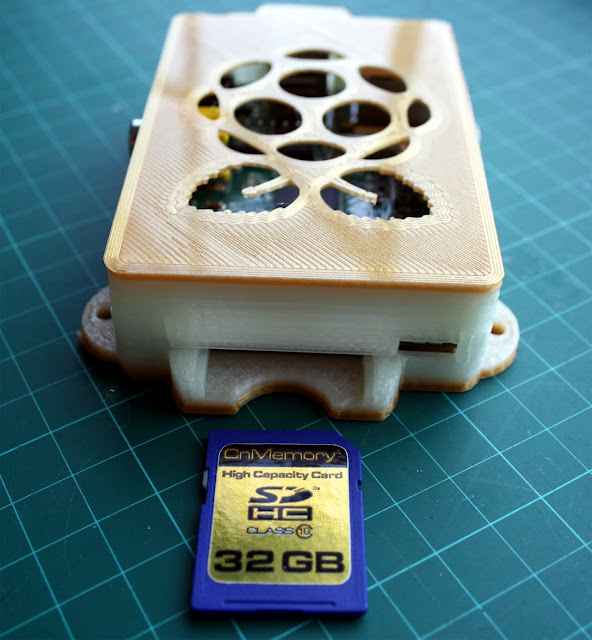 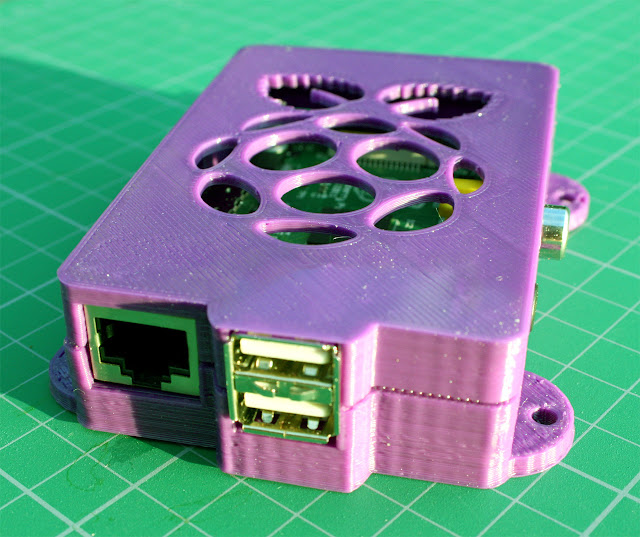 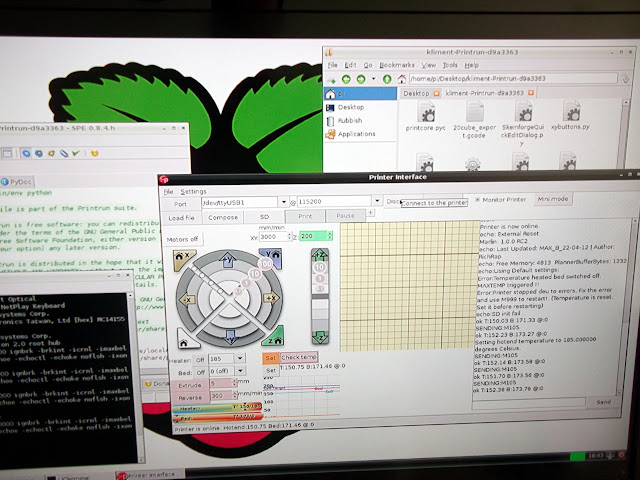 I also have my Printer running from my Raspberry Pi, with The Arduino, as it still does an ideal job due to the limited I/O on the RPi, I will do a separate post on setting up the RPi with Pronterface for RepRap printing. The Raspberry Pi is my excuse to finally learn more about Linux, so maybe you can give me some pointers along the way. There is also an active post in the RepRap forums on RPi, Pronterface and RepRap If you want to join in the development ideas with Raspberry Pi and RepRap.

Day 21 was an attempt to make a direct-able fan mount for MendelMax (and any other printer) - I have been using fans on and off for about the past year when printing in PLA, I'm really keen to understand how fans help with the build process, so in an attempt to learn more I wanted a mount I could direct airflow across, along, and even cyclone around my printed objects.

I used the ball joints from the great Fully printable PCB Vice by Sneakypoo as a starting point. 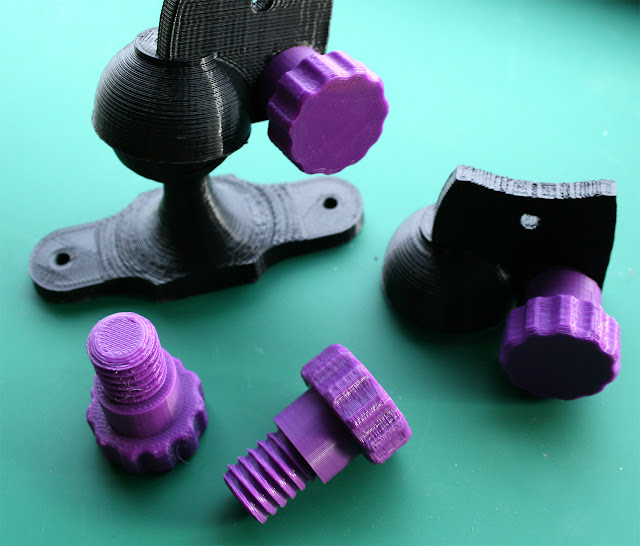 I love the Screw and threaded ball joint, it works perfectly.

The idea was to have it mount on the MendelMax 20mm Aluminium frame - but you attach it to any surface or bars with ty-wraps. 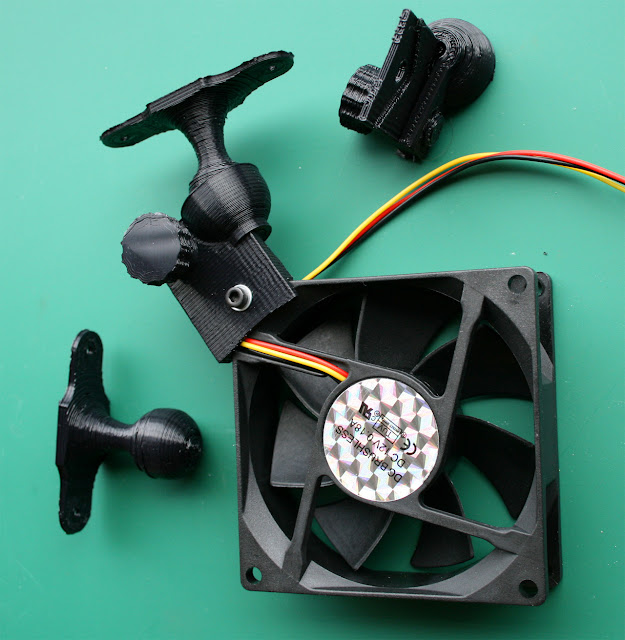 Above is the Vertical mounted fan. 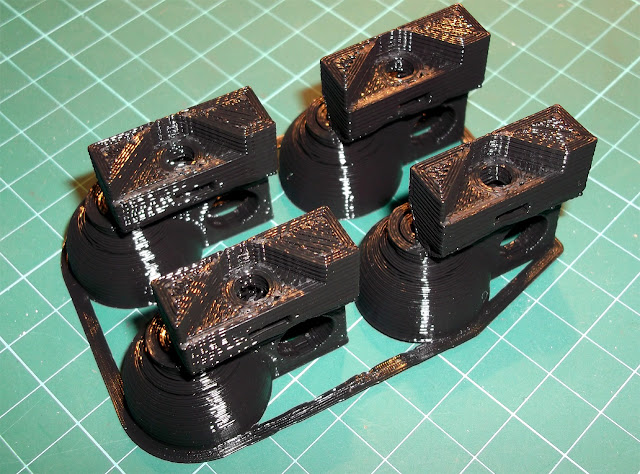 As the ball joint can't quite do all angles, I have also done a Horizontal mount with M3 nut-trap (above), but not had time to test it yet, looks like it fits the 80mm fan just fine. 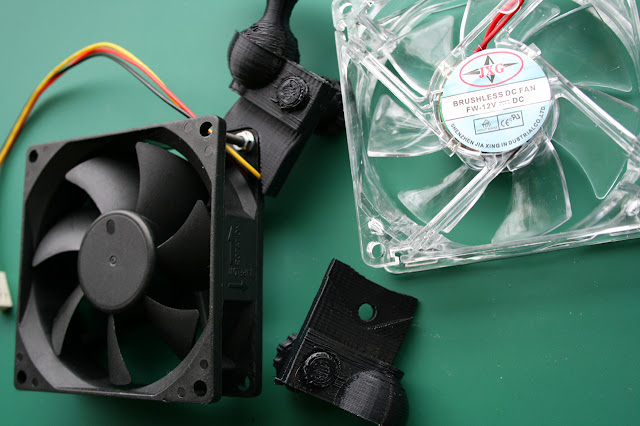 I have not yet had a chance to fit them to the MendelMax quite yet, but I'll keep you updated how well they work. 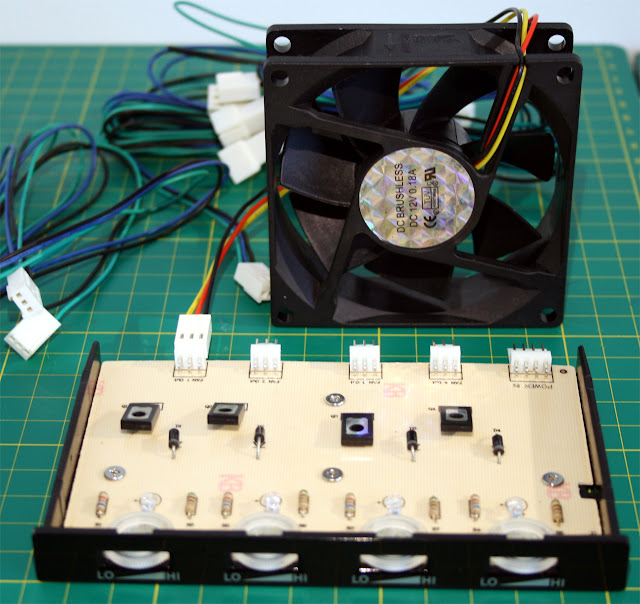 And for speed control I'm using a standard PC fan controller as they are just a few pounds, and give me individual control of four PC fans, it was easier to buy one than make up my own.
It also has one input power feed so you could still control it from the RAMPS Fan output but with the bonus of having individual power levels for all four fans.

The Universal 80mm Fan mount files are up on Thingiverse Here -

For Day 22 we needed some urgent printed gifts for my daughters birthday party gift bags - after a bit of discussion and searching Thingiverse we decided on a secret box to store precious things or fairy-dust in, magic! 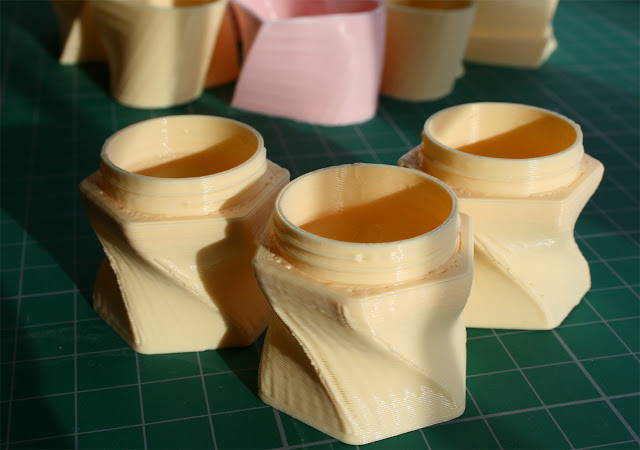 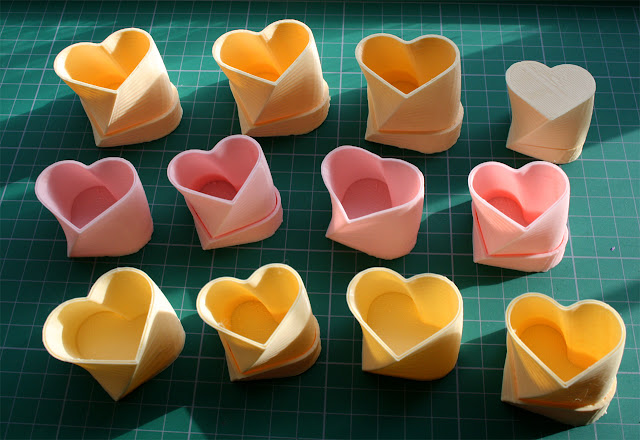 Then we discovered the many twisted Boxed by Wizard23 and decided a Heart box would be great, check them out, they are all fantastic and they fitted together perfectly. 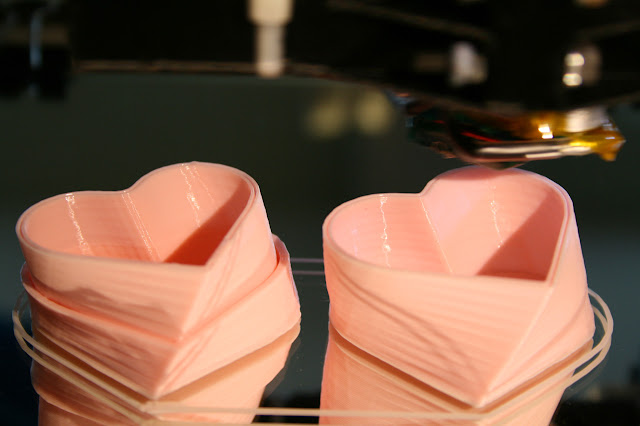 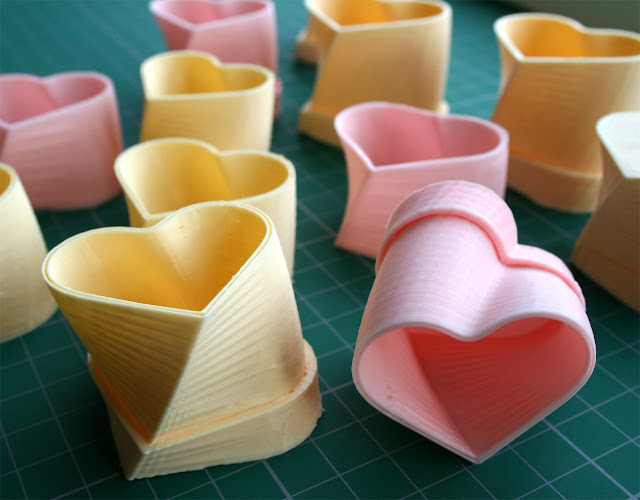 Getting the size just right, they are very quick to print. 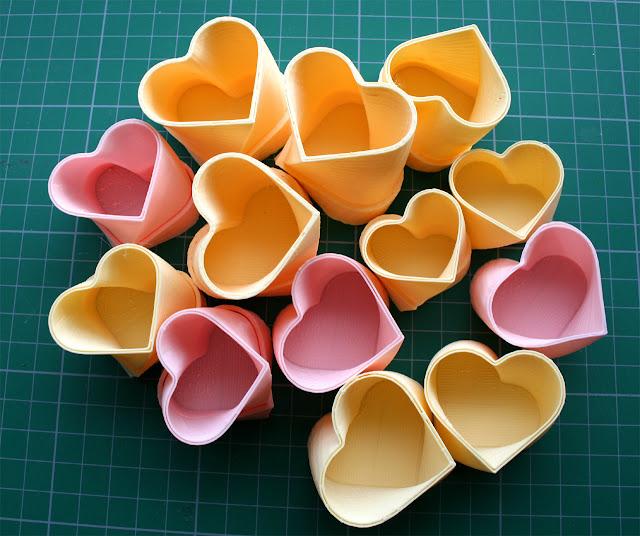 Printed in perfectly ideal colours from Faberdashery Buttercream and Cherry blossom pink - that reminds me, if you want a filament that sticks really well to your heated bed, I have yet to find a type or colour that sticks as well as Buttercream, from my experience with it, it's close to warp-proof.

*
I have also just got my new extruder prototype assembled, and it works! with a simple first test - I just need to change the design a little as it's almost impossible to assemble at the moment. - More on that next week.
*

Thanks for reading, more soon.