An update! - life and frustration with things failing on me temporarily got in the way of 3D printing :), but I did managed to design and print a few more things over the last few days while my main printer was down -

Firstly I had 4 jammed Nozzles in the last 4 days ! That's something that has not happened to me for about 9 months now, really annoying, but at least I worked out what was causing it! - I was not amused... see below for an insight and some questions...

This all started because I wanted to print a few things in Translucent plastic, and the only stuff I had was some old (about 1 year) Chinese PLA from Esun, I had given almost all of it away and stopped using it about 9 months ago when I switched over to use Faberdashery, Orbi-tech/GRRF and Ultimachine PLA's.

It seemed to print well and I made a few things, then I did a test print of a new extruder and it jammed up Solid, ground the hobbed bolt and stripped the filament.

The first two failures, little did I know what was causing it - see below -

I tested a few things and came to the conclusion my hot end had failed in some way so, I disassembled it and investigated.
An hour later I had cleaned everything and checked all the hot-end parts, and it all looked fine so I re-assembled it.

I switched over to some Black Makerbot PLA and finished my test print, It all worked fine.

Then the new Reprap challenge appeared (Impossible Spheres puzzle - proposed by Richgain) and I thought   I would try the translucent (Esun) Chinese filament again - I printed with Yellow, switched to red and back to yellow and then my nozzle Jammed again. 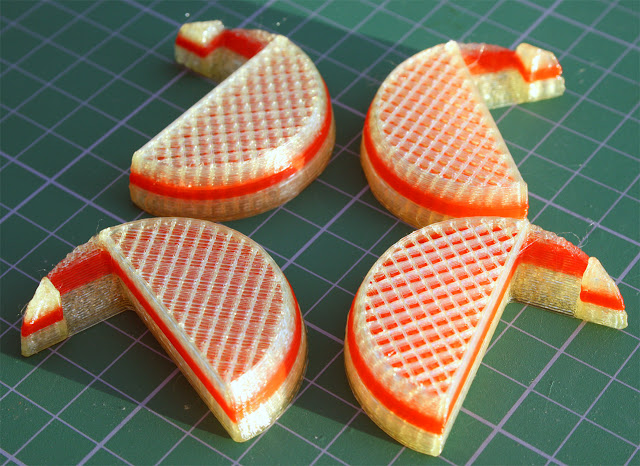 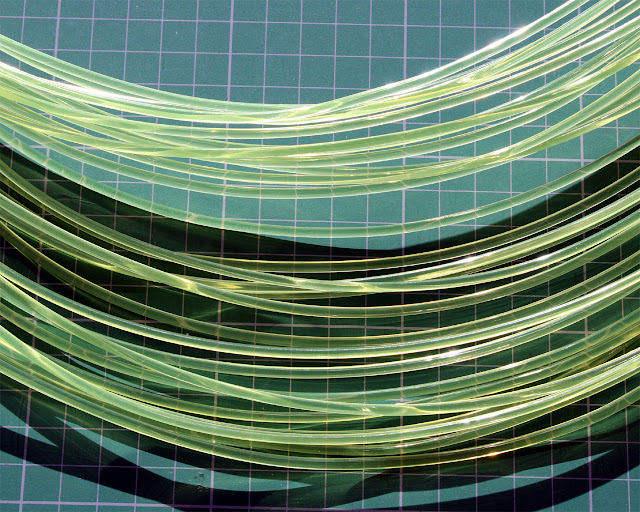 With the nozzle hot and some manual pressure on the drive gear I inserted a 0.45mm drill bit into the nozzle, it immediately allowed PLA to extrude out, I twizzled the drill bit and removed it, the nozzle jammed again straight away. I removed the extruder and disassembled it cleaned out the hot-end and continued on printing.

I had another jam and another clean out, then it jammed again so I switched over to some White PLA and attempted to push out the block, it did not work, and after using the drill bit again and having the same results, flow when the drill was inserted and no flow after removal I concluded that something was inside the nozzle and I was pushing it up with my drill bit, it was flowing back down and blocking when the drill bit was removed.

It was only when I cleaned out the nozzle again with the help of the white PLA I noticed a dark spec in the blocked filament. 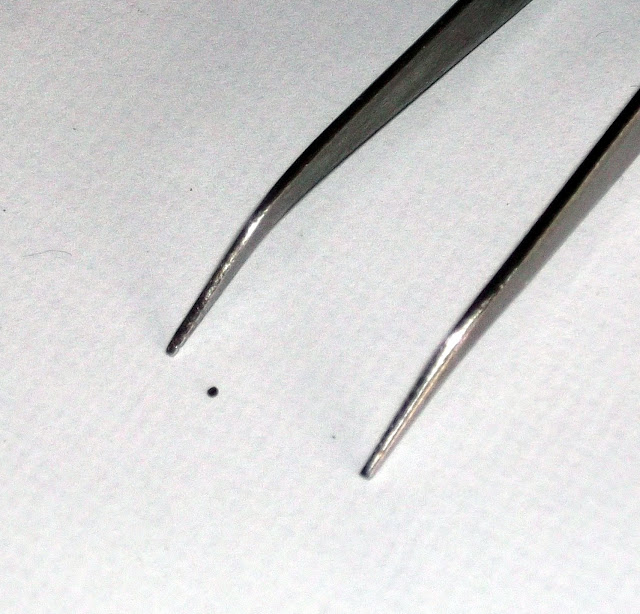 I thought it was part of my hobbed bolt's teeth to start with, but after looking at it closly I was starting to think it was a ball bearing... 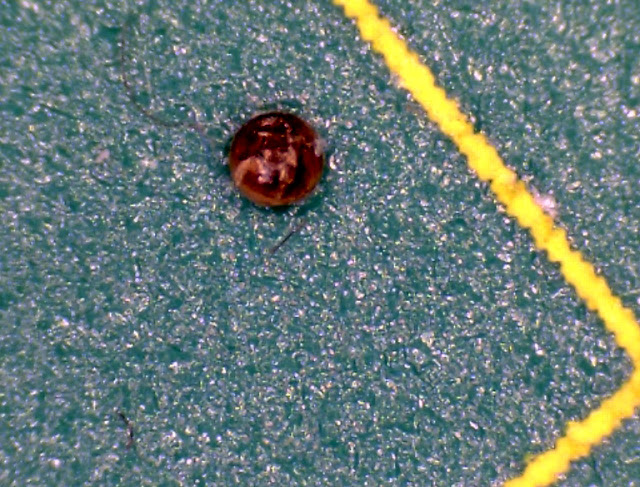 I checked it under a microscope and - I was right! 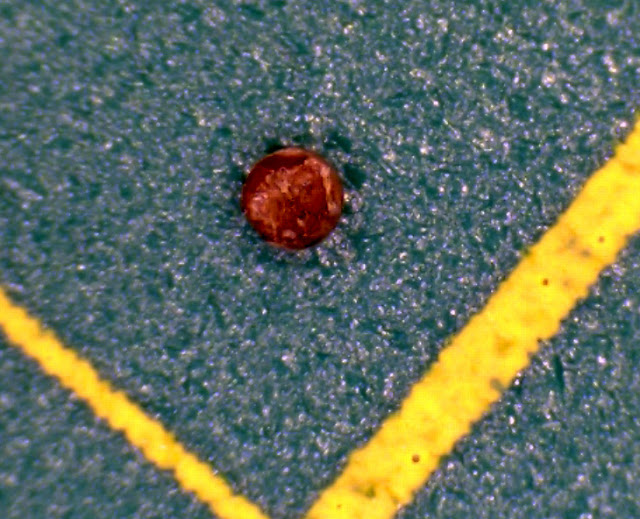 This ball bearing was removed from my hot-end after using some PLA manufactured by Esun PLA. 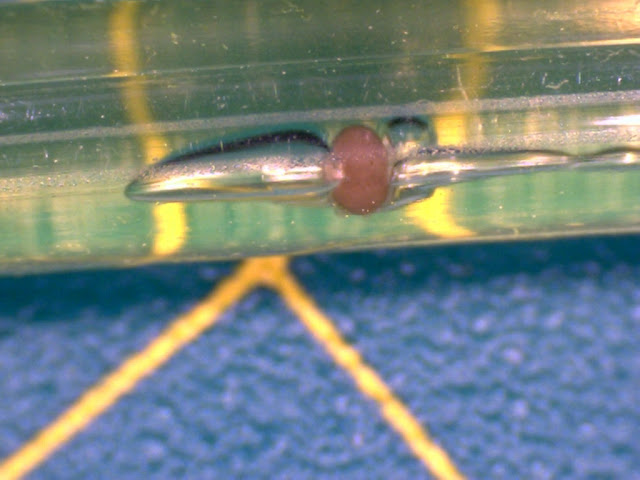 Since this had happened 4 times and wasted quite a lot of my weekend with cleaning out my hot-end I checked over the last 100m of this filament and I found another 3 ball bearings embedded inside the filament! 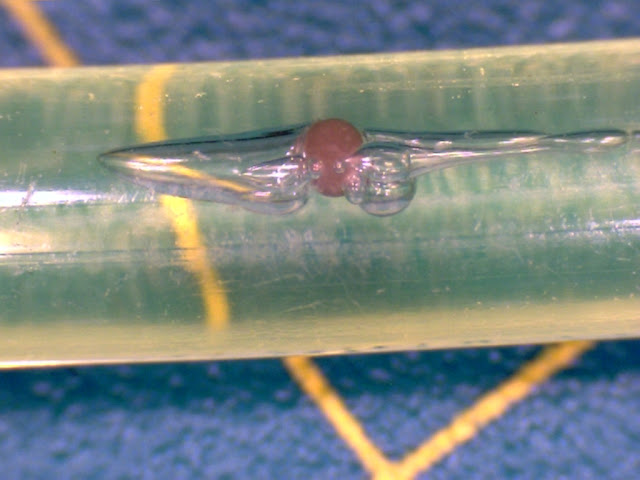 The question is how and why are there ball bearings in this filament? 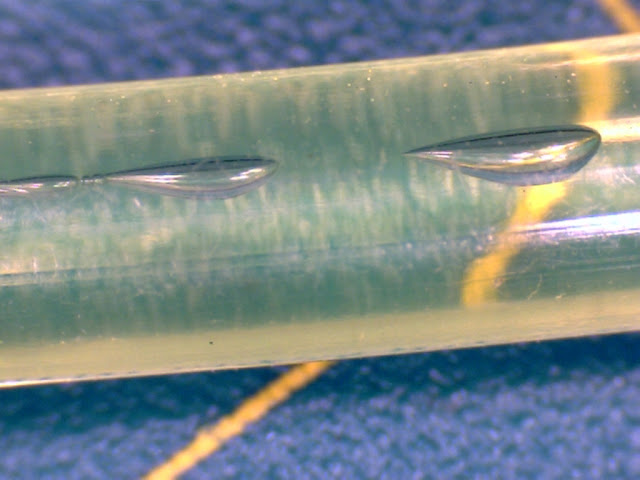 I had ignored bubbled in the filament before this as it's a common fault of low-grade / low-cost filament, I just had not expected to have contaminants also embedded inside. Signs of the bubbles along the filament usually indicated a ball bearing close by.

I had four blocks this time and I found 3 more bearings in the remaining filament, god knows how many more  there could have been in the Black stuff I had struggled with in the past?

So if you have any filament with bubbles you can see, check if it also has any contamination in it.

If you were looking to block a 3D printer hot-end in the most effective way, using a ball bearing bigger than the nozzle size is the best way I can think of, so is this an accident or intentional?


I stopped using the Black Esun PLA last summer after it caused so many blockages and fine stringing with my 0.4mm nozzle, I now wonder if they were also ball bearings or other contaminates, 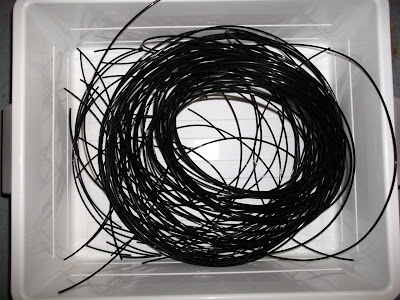 Image from Last summer (2011) - the black Esun PLA also shattered on me last summer, I still don't know why.

The moral of the story, you get what you pay for, buy materials from a source where you know who makes it, and watch out what you put in your 3D printer. 3D printing is already hard enough without nozzle blockages to deal with.


I will take my revenge on the last 100m of this Esun PLA, it's going to make a nice piece of PLA scrap Art, not that this nasty PLA deserves any more of my attention... I won't be putting any of this in my 3D printers ever again.

Has anyone else had any experiences like this? am I very unlucky? 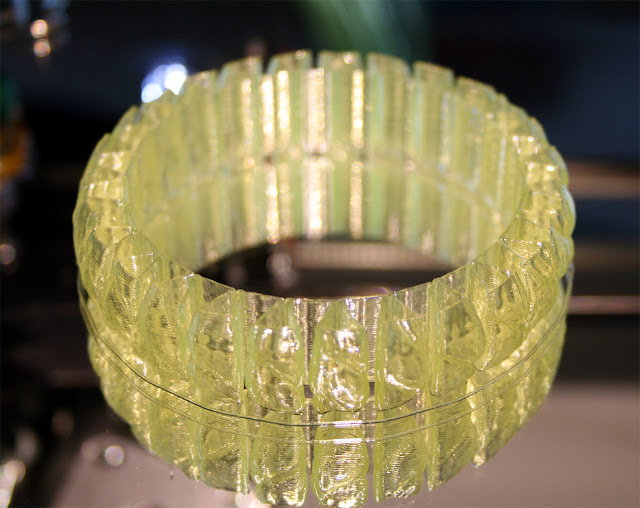 Translucent plastic can look really amazing, just watch out where you get it from and what's in it!.

I am still after some high quality translucent PLA, if anyone can suggest a good source.

The only other thing that comes out of this experience, is that if we could find a way to control a bearing in a nozzle you could almost completely stop any ooze in a dual extruder set-up, we were recently discussing how to overcome dual extruder dribble over on the forums, if someone can think of a valve, I can now vouch that a ball bearing makes a perfect blockage and a 0.45mm drill bit acting as the 'pin' releases it. 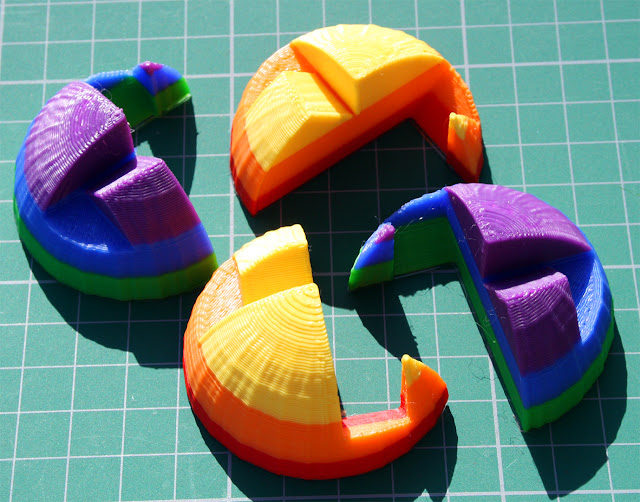 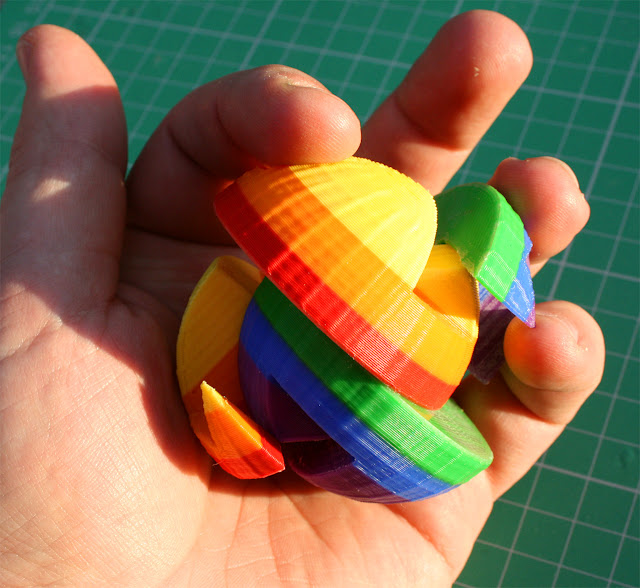 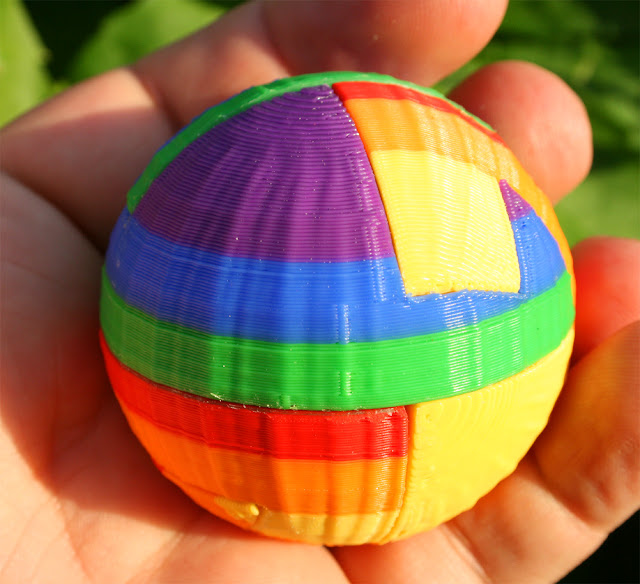 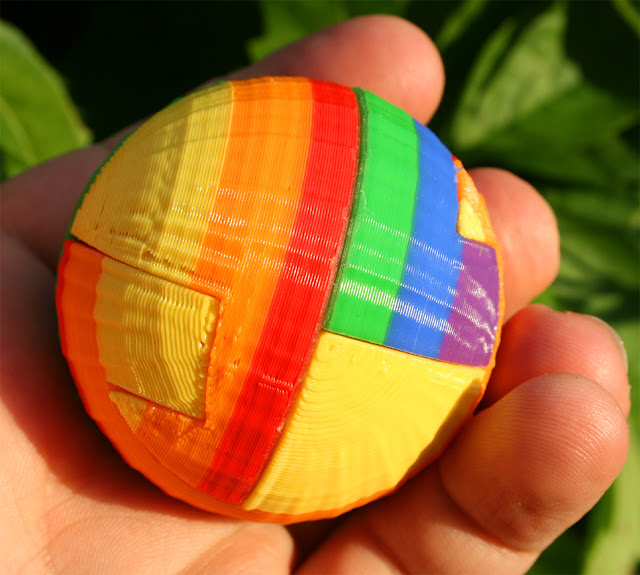 I feel better now, having vented all that.

I have some Raspberry Pi, a new extruder prototype and some other interesting things waiting to print out, I'll catch up on my missed #30DoC days now.