Day's 9 and 10 of my 30 days of creativity ( #30DoC ) involved my Kids, they are always such a massive source of ideas and creative opportunity. We have been doing numbers and basic maths recently with them, using the normal flash cards and coins. They are still not visualising numbers all that well so I decided to try and design a basic set of counters that could form games and number play before bedtime. 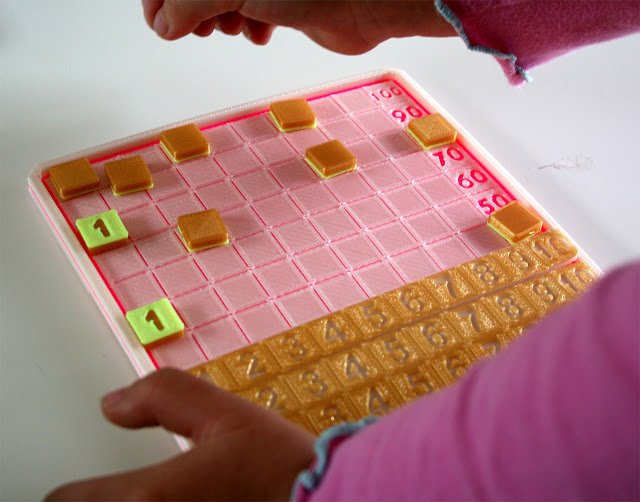 The visual numbers board is similar to the ones used in UK schools, but as it's 3D printed I can evolve it over time. 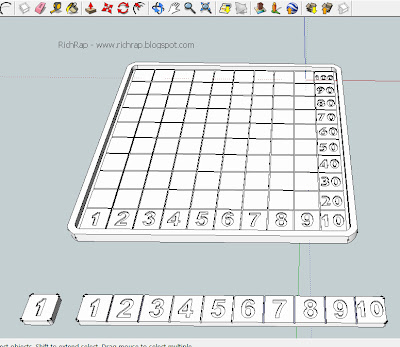 A simple Sketchup design gave me a board of 100 squares, a strip of 10 and a single counter. 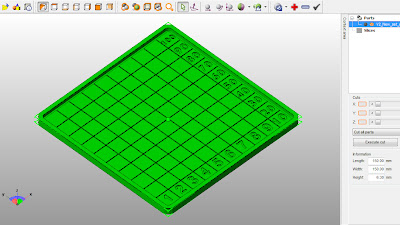 The main board is 150mm x 150mm so fits on a Prusa Heated bed, I also used this model to test out the 'Brim' idea to stop warping, see below- 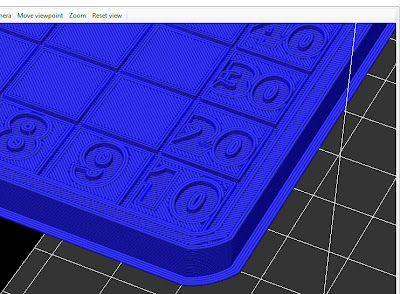 The 'Brim' as proposed by Idolcrasher here  uses the normal outline that's used to prime the extruder, but given 0mm distance from the part and with more outlines makes a 'Brim' on the border of the thing being printed. the only down-side is that it does not hug the outline of the printed object especially if you print more than one thing at a time. 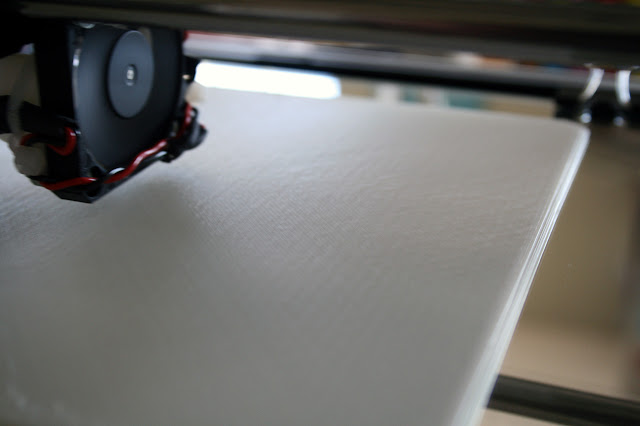 This was a very large single print, but I was impressed with how level and smooth the first two layers went down, this was quite a mesmerising print to watch, build up, I almost watched the entire thing for over an hour. 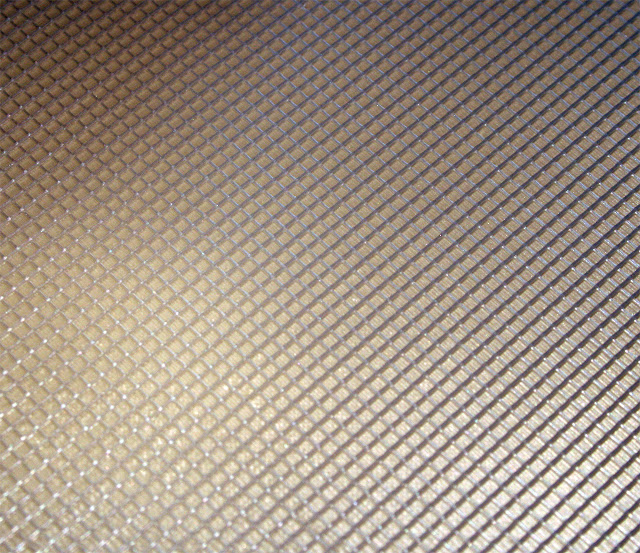 It's printing at 80mm/sec so it's really nice to see no gaps in the filament. 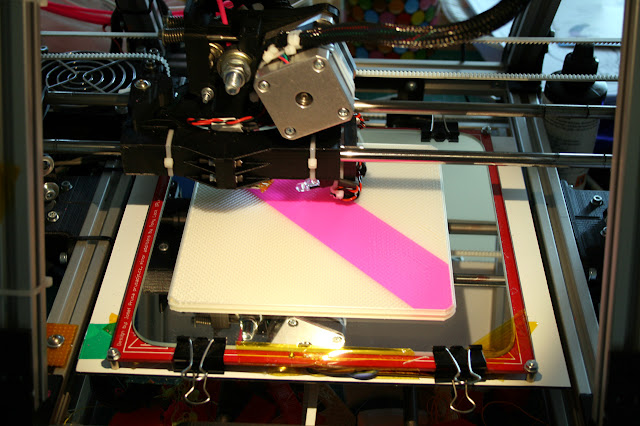 I switched to Neon Pink, during the last final layer before doing the numbers. 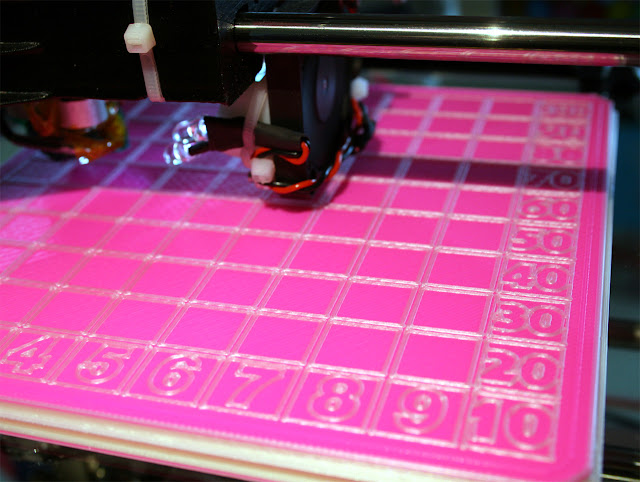 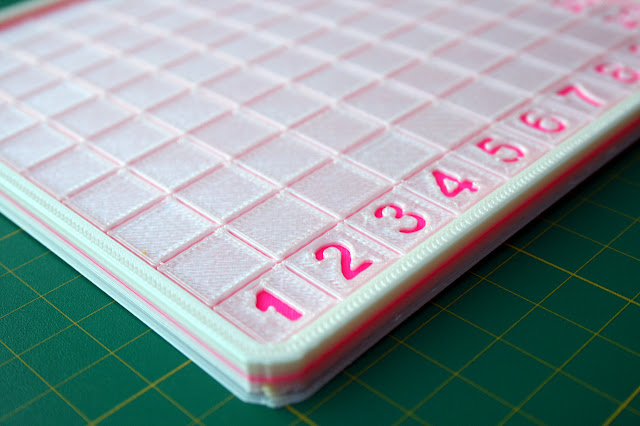 I was very pleased with the end result, and so were the kids. No warping at all thanks to the Brim?

The files are up on Thingiverse here, if you fancy printing a set or improving it.