I have a long....... list of things to print, make and design, most of them take much longer than a day to do, so as a final push for #30DoC I wanted to do some of the quicker things that have been on my list for ages.

Starting with another go at PLA Scrap ART - this time to celebrate my 30 days of creativity in 3D printing.

I was doing a lot of cooking on Day 23 in preparation for a birthday party on the 24th. :) So some PLA ART was a good choice to break up the day. 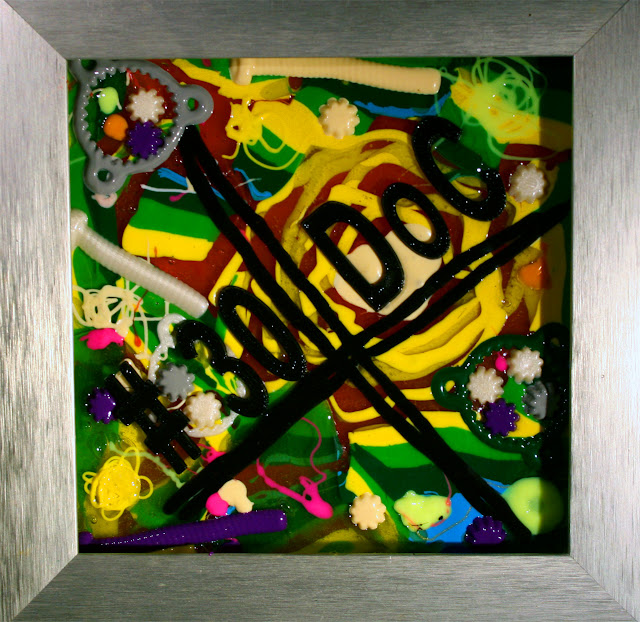 It has some of the scrap I collected during the last 30 days or 3D printing, and was melted in layers in the oven - Here is how to do it - 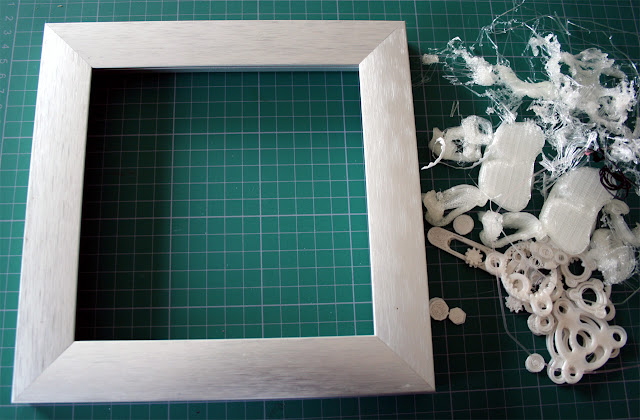 I used a fully Aluminium picture frame this time. 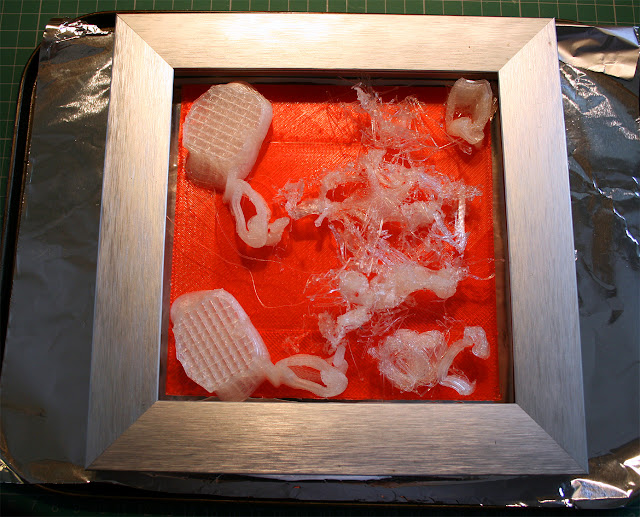 Staring off with a plate of translucent red (the only failure from my number counting day) and some clear pla from failed ball of stars experiments. Let that melt for 10 minutes at 210 Degrees C on a baking tray. 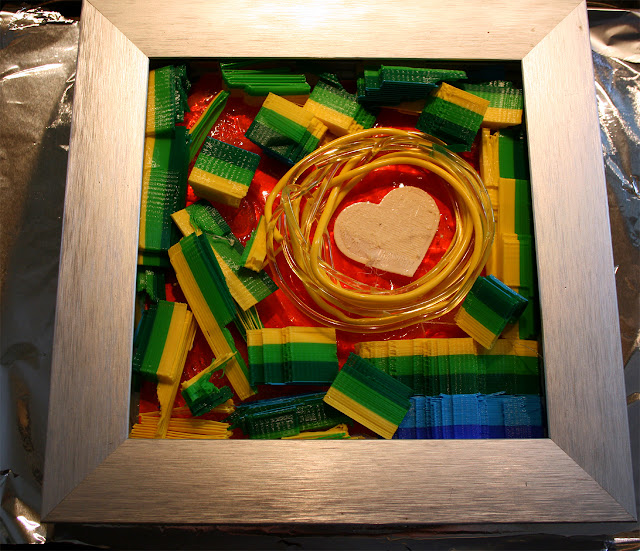 Add more layers of scrap plastic - most of this was from the Half a ball of stars test, melt again.

Print a quick and rough logo. Add various spare parts likethe planetary gears (see below) and cook for another 8mins. 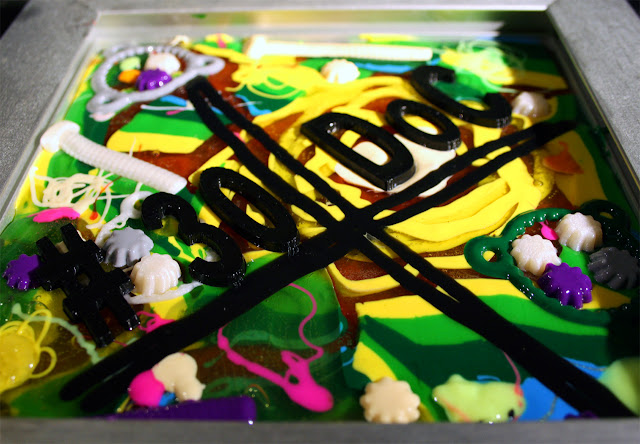 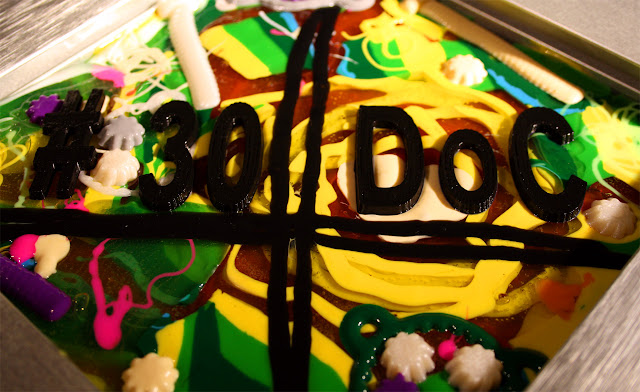 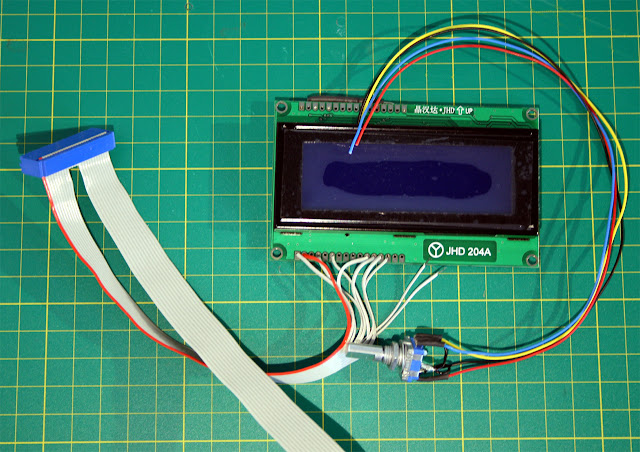 PanelMax interface - I bought the parts a while ago and had not found the time to make it up. It's not quite up and running just yet, as I was missing a connector and suitable Pot for the contrast.

I'm putting the LCD and SDRAMPS connections to just one dual row 0.1" box header connector, it made wiring very easy and connection to RAMPS 1.4 almost foolproof.

It's going to be used with my MiniMax printer as a stand-alone system for portable printing.

Tommyc has an excellent Blog post about it here and the files are upon thingiverse here, best of all it works with Marlin firmware.

Think3DPrint3D also have a post on a version of the Panelmax here
I'll update when it's all working with my printer.

Day 26 was all about the awesome new RepRap challenge, set this week by Greg Frost.
It was the turn of the Tiny Planetary Gears set by aubenc.


I had not tried to print this before, so gave it a go using Slic3r V0.8.3.
I had a few issues with the tiny planet gears getting in-filled but resolved that and managed to get some sets printed out. 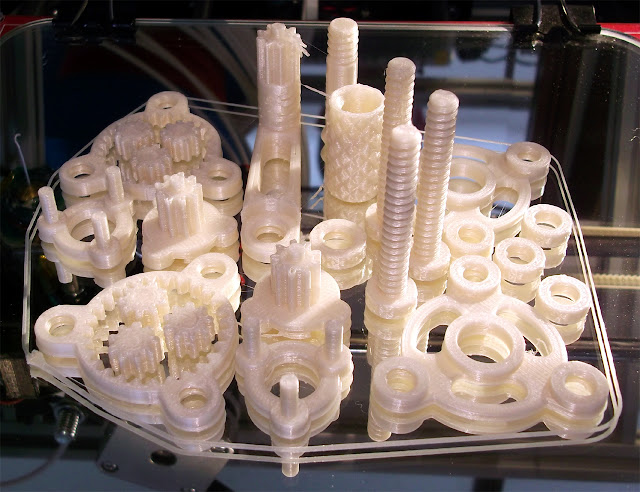 Pearlescent White for the basic two gear set, all printed well apart from my filled in planets, don't worry I'll do those again later separably. 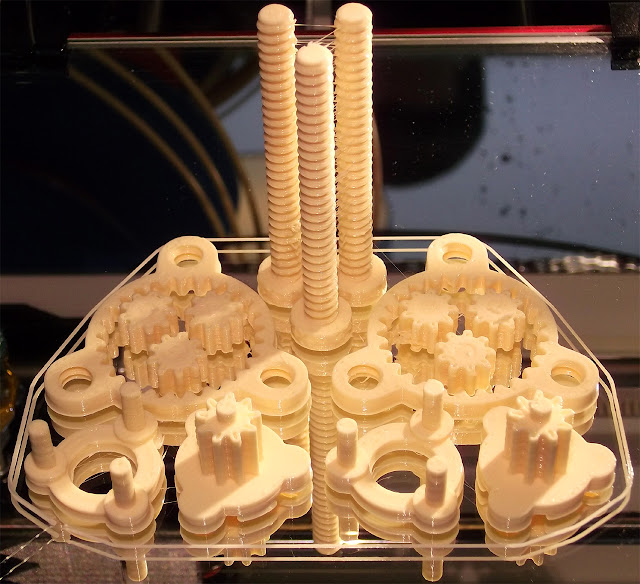 A nice Buttercream expansion set to make it a 4 stage gearbox.


The sets were printing very quickly and I had two printers doing them, so I thought, why not make the bolts much longer and go for some more stages. 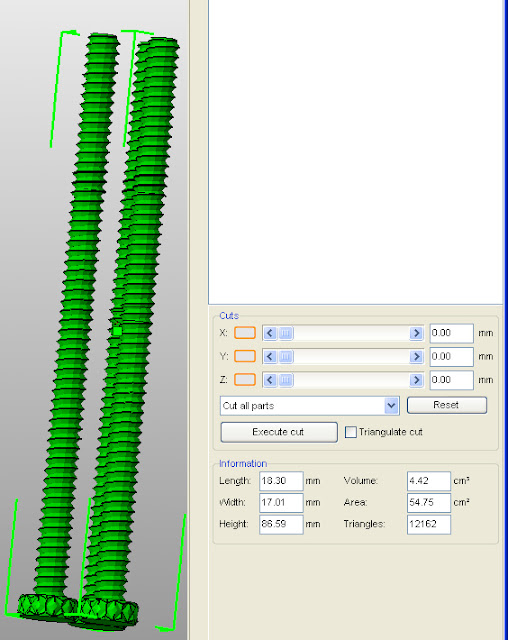 So I made some much longer bolts in Sketchup from the originals. Just over 86mm tall. 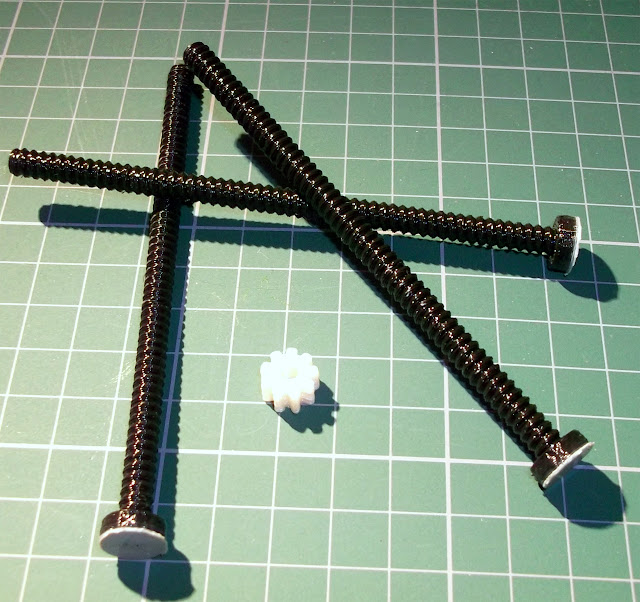 They printed fine on their own, so now I just needed more sets of gears - 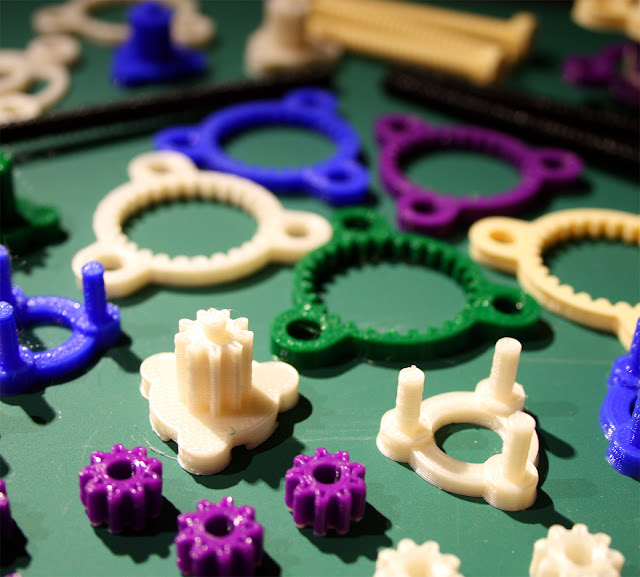 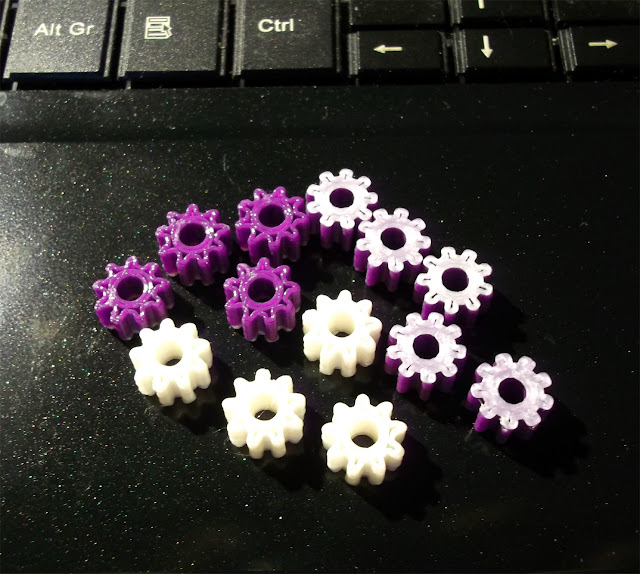 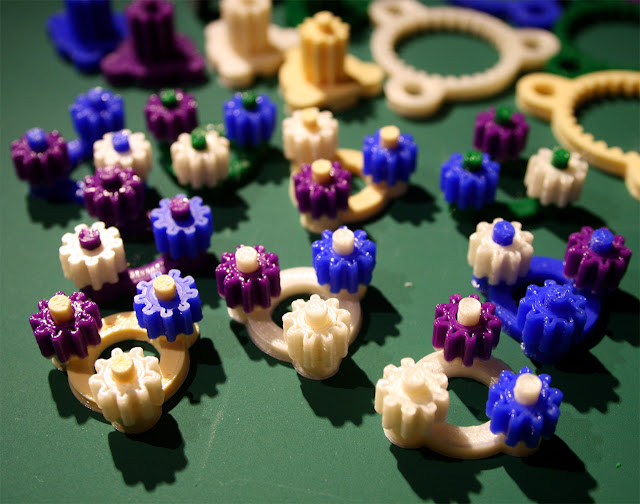 Everything fitted together so perfectly. 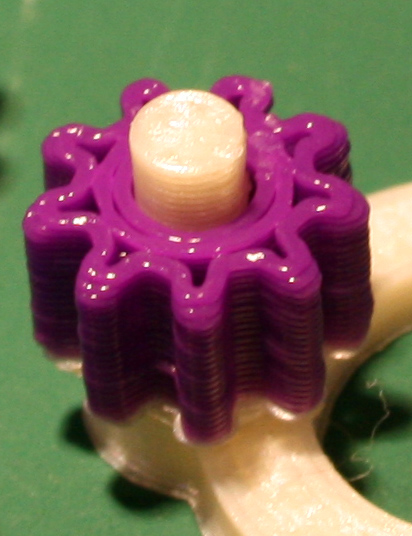 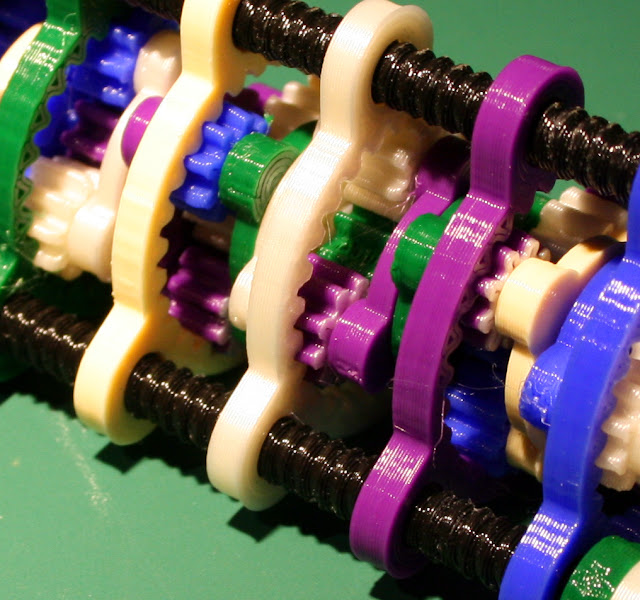 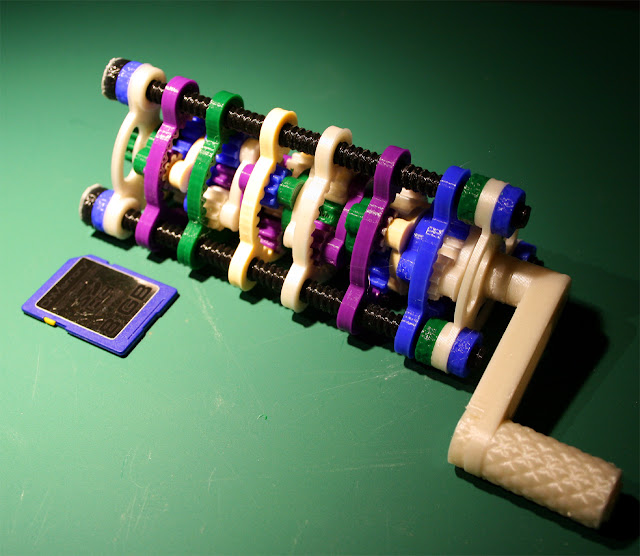 It ended up as a Six stage gear-set, the longer bolts are up on Thingiverse here as a derivative.

I'm delighted with how it came out, and how well it works, it's a really great design and goes together very well indeed. it's nice to watch the motion, each planet is a different colour so you can see them orbit around the centre shaft. After about 4 stages it's almost impossible to see them turning, but they do move,just very slowly indeed.

Just one more thing before I go -


I was reading the RepRap Forum while the gear-sets were printing and Enlightx mentioned some experiments with adding primers to heated beds for PLA, I liked the idea of PVA so I tried it out. 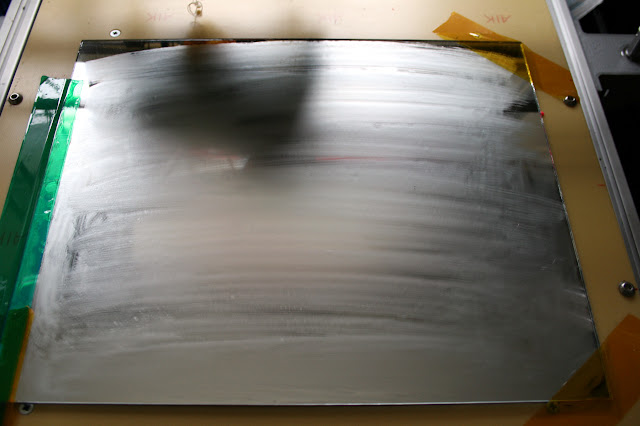 I used a 1:8 mix of very low-grade PVA glue and water so it was very thin, brush it onto a heated bed and it dries in less and 1 minute. 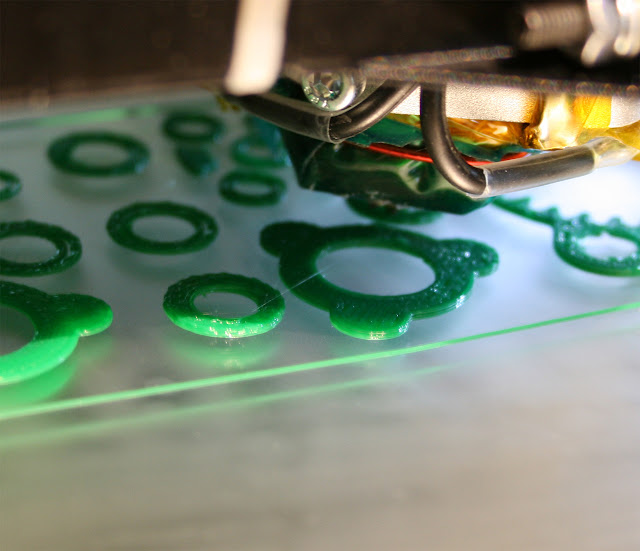 I tried it out on two different printers at the same time, one was printing a Green gear set, I raised the starting layer by 0.1mm and it stuck down really well, no problems in the print and they removed with a little force when cold. I had very nice printed parts with no bottom lip at all, that was the best gear-set I printed. 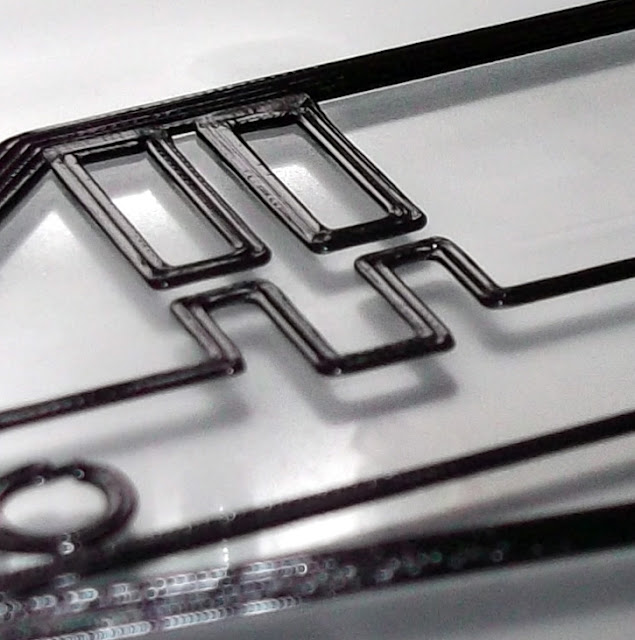 The other printer was set at 0.2mm higher than I would normally print a 0.3mm layered print. This means the first layer of filament is barely touching the heated bed, this would normally result in the print becoming detached or warping very badly. That was my way to test if it was better or worse than mirror-glass as a print surface. 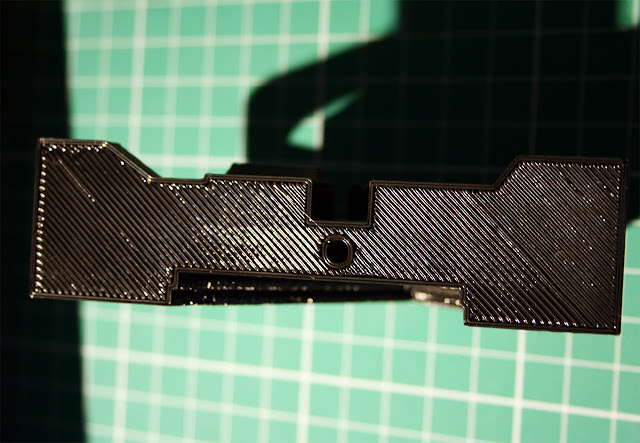 The Print completed and I was very surprised to see not a single bit of warp or the parts detached from the bed. When I turned the part over you can clearly see how little was attached to the PVA primed Mirror-glass surface. 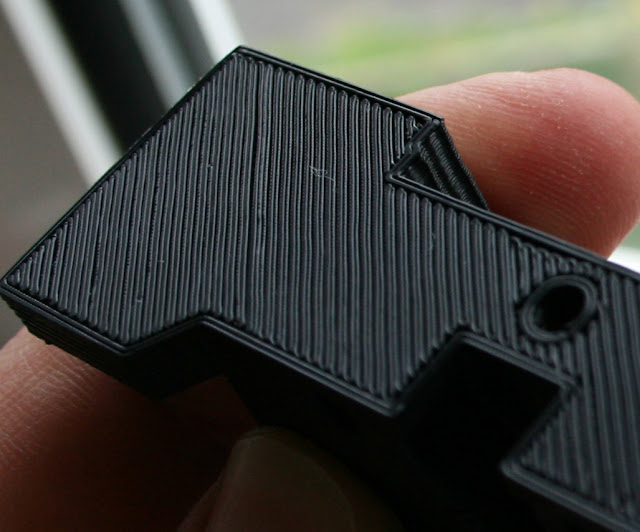 This Extruder body is 100mm wide and about 80mm high, I have has slight warp with it before even when really squashing down the first layer, so I was amazed how well this worked. 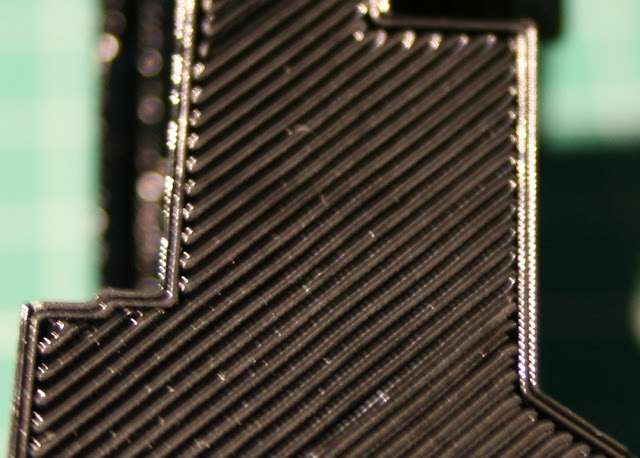 I need to print some more things, but at the moment thinned PVA applied to the heated bed looks like a very good idea. Thanks for the discovery Enlightx!


I printed three sets of parts on this PVA treated heat-bed, almost all of the PVA stays on the glass, and if you need to touch it up, when you apply more it all melts and re-forms into a new smooth layer. It's looking like a  very nice surface to print PLA onto. Give it a try if you can.

As always, thanks for reading, and let me know what you think and how 3D printing is going for you.


I have also noticed a significant increase in visitors from Japan to the Blog over the last few weeks, so if you are reading in Japan, Konnichiwa :) do leave a comment and let us know how you are doing.


P.S. - And before I forget, Slic3r V0.8.4 is OUT, and it now does a perfect job of printing the gear-set above without the odd infilling of the planets I was experiencing with V0.8.3. It also has lots of other upgrades and changes making this one a must upgrade for anyone using the Slic3r, go get it now, it's great!