The Prusa i3 MK2 3D Printer

It's early September and I had a surprise delivery from none other than Josef Prusa. It was double the surprise when I realised - not only did Jo send me a shiny new fully assembled and tested MK2 i3 Prusa 3D Printer, but he also included a kit build of parts for the same machine too. Wow!

For anyone that does not already know, the i3 is a many-times evolved version of the RepRap Mendel (And a bit of the Mendel90 is there too), a design by Ed Sells that quickly got simplified by Josef Prusa, and then highly adopted all around the RepRap 3D Printing community - we are talking around 2010 ~ 2011. 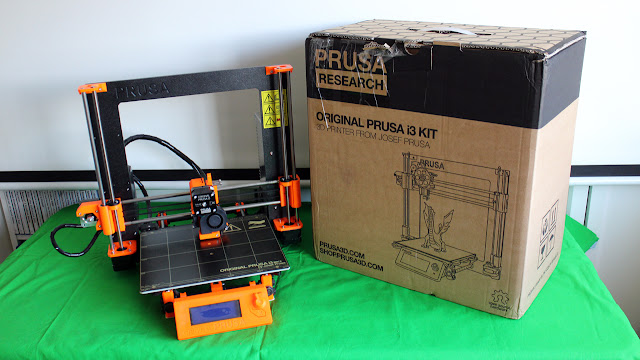 After removing the assembled machine from it's well packed box, the first thing I spotted was a dual colour 3D Print Prusa logo fixed to the heated bed. It made me smile for many reasons, but mostly because it reminded me of the first time I met Jo. This was at the very first RepRap UK Masterclass in Bath University - the birthplace of RepRap. 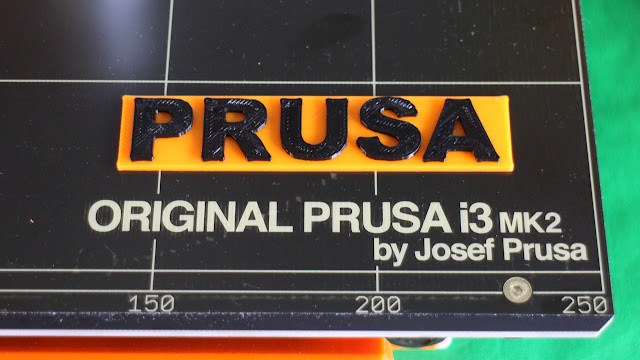 This RepRap event turned out to be a rather epic meeting, organised by Adrian Bowyer (RepRap Ltd) and Jean-Marc from eMaker who had just had a successful crowd-sourcing campaign for the eMaker Huxley. You can read all about that event, and see what we did, but for me it was also just when I had first posted all about my attempts to do multi-colour 3D printing by selecting different layers. People had read about the post and talked to me at the RepRap Masterclass event. Jo has now done a really nice application (called colorprint < American spelling...) where you can also add colour changes, you can get that here, and that's why the Dual colour Prusa logo on the build-plate made me smile :)

RepRap Masterclass July 2011 - Photograph above is by Dr Andrew Dent (Faberdashery) - who I also met for the very first time at the build weekend, just before Faberdashery was launched.
I'm on the far left and Josef Prusa is front far right.

After looking over the machine and it's components I obviously asked a few questions, many had an interesting story attached and really highlights why using your own products in production makes for a much better product being sold.

Firstly the heated bed is really solid, but not heavy - it's not an Aluminium plate and it's also not the standard bendy PCB material you normally find fitted to 'i3 style' machines.

This heated bed is the thickest FR4 PCB material I have ever seen. It's ~3.6mm thick and during it's manufacture it has also been compressed - for flatness and to make everything more solid.

I work in electronics every day, so over the years I have used 2.4mm and 3.2mm PCB materials for special things, but this is still the thickest PCB I have seen being used as a heated build platform for 3D printing. I'm confident this is going to do a really good job of keeping the build plate nice and flat, even at temperatures well over 120 Degrees C.

The assembled machine was super easy to get working, just a few printed clamps to remove and a simple procedure to auto-level the printer build platform.

Then the warm-up and loading of filament, and a quick test print from the samples included on the SD Card. 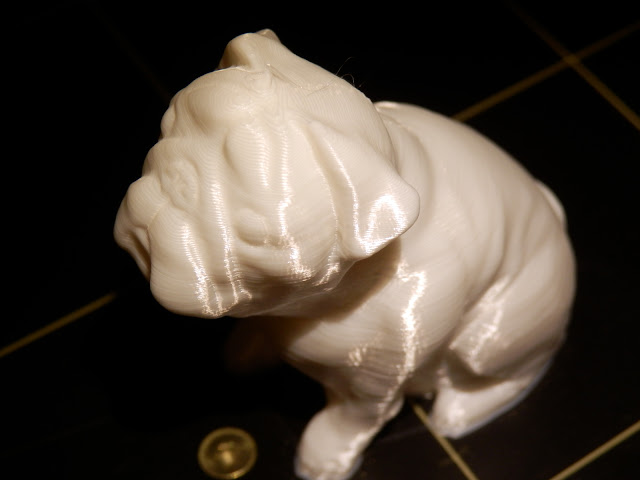 And it printed an awesome Pug. We discovered, this was Jo's dog, buddy. 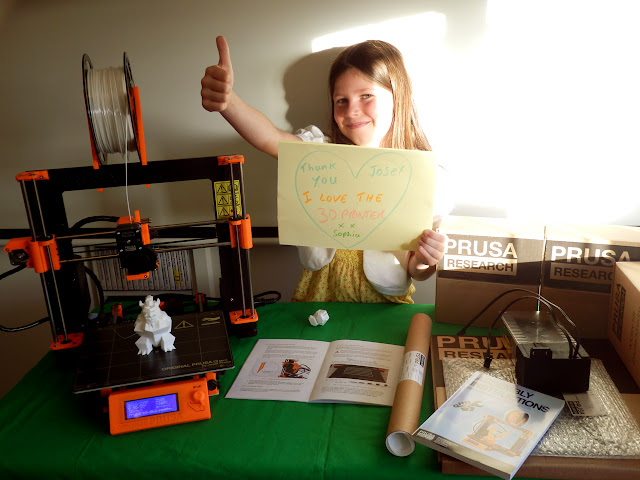 The pre-assembled Prusa i3 MK2 printer was ready to go right out of the box. Just download drivers, and Slic3r profiles and you are ready to print whatever you like.

We then printed many, many more things...

Many people are recommending this as a 'great first 3D printer'. I would go further than that. It's simply a great and very capable 3D Printer for a good price. (The pre-assembled machine is outstanding value for money - when you consider the time to build one yourself). That said I would always recommend the kit if you have the confidence to build it up. 3D printers do break and you will need to service them. If you can do Ikea, you should be able to build this kit.

I expect the team at Prusa Research is going to be constantly busy selling these machines, if you want to order one or take a look at the specification in more detail, please click here.

I will post more about the assembled machine and it's capability, but let's move on to the i3 MK2 Kit.

Anyway, back to the subject of this blog post. My youngest daughter  Sophia (now 8 1/2 Years old) is very excited to be building up her first 3D Printer. I'm going to document it and let you know how we get on with the Prusa MK2 Kit build.

The video below is looking at the Kit components and preparing to start the build with my daughter.


My oldest Daughter is now 11. Last summer she also built up her first 3D Printer. That was a RepRapPro Fisher Delta printer (yes, one day I will post all about that build too). It's done a fantastic job, but now I think they are both ready for a machine with a heated bed and greater build area.

Take a look at the unpacking and first thoughts on the fully assembled machine in the video below. Or you can watch it directly on YouTube here in HD.


Looking at the assembled Prusa i3 MK2 3D Printer


Thanks for reading. Join us next time where we build up the rest of the Prusa i3 MK2 3D Printer kit.