We are back from the biggest Additive Manufacturing show in the UK and I must say it was absolutely fantastic!

The TCTShow has been running here in the UK for 18 years, and I have attended the last 8, this year however was the very best so far, the show organizers had not only opened up the show to much more of the 3D printing, maker and designer communities, but they really stepped up with a  massive presentation stage seating 400, recording of all the fantastic industry speakers during the two days and a great collection of 3D printed designer objects on display at the front of the show. 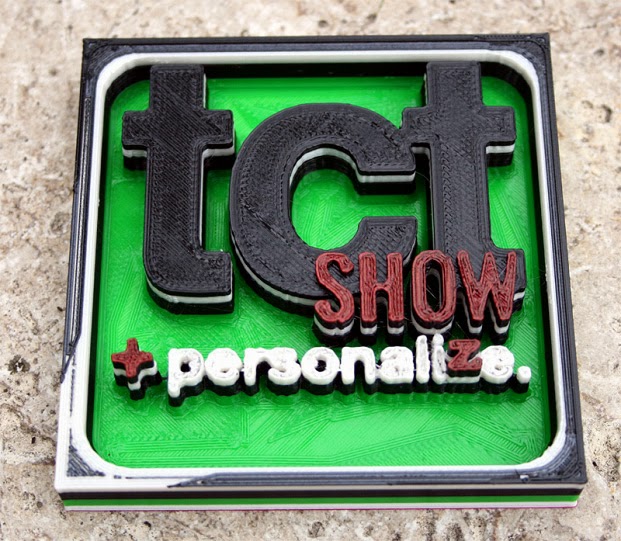 The whole event was bigger, better and had a real buzz. Indications even before the doors opened pointed to this being a really busy show, by 4:30PM on the first day it was still packed with visitors. Normally after the 3:00PM parking validation you see a mass exodus from these sort of 'industry' trade shows. This year it was quite different with a wide mix of individuals and companies representing all avenues and niche's of the Additive Manufacturing industry.

And if anyone out there is interested to hear more about any of the things I mentioned in my presentation, do let me know. One rather stunning project I talked about was nothing to do with 3D printing but is another amazing example of what makers and inventors get up to in their spare time, that was the Fusioneer project by Dr. Jonathan Howard - this is basically a self made fusion reactor! If you have time, do take a look at the 20min Documentary on his 3 year project here. 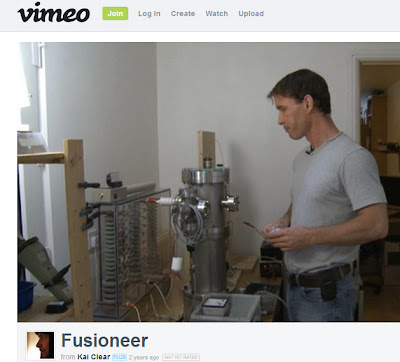 This post is just a taster of the event, you will find a full review of the TCTShow in the next issue (3) of the RepRap Magazine. We will also have the results of the Issue 2 Print for Life Competition and lots of other great stuff too. 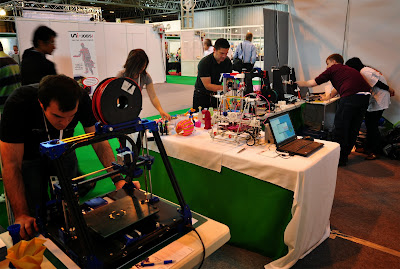 After a busy set-up day we were all set for the show opening.

Within half an hour of the show being open we had a steady flow of people to the stand, by mid-day we were totally swamped with people, this continued all day and for the entire second day! We had quite a large stand compared to many others, but even this was no where near enough space as we were often 6 or more people deep and at times, we could not really get on or off of the stand, but that's great!. We were also lucky that an exhibitor opposite us had pulled out, so we ended up with some standing room for people waiting or just a way to get past! We would have blocked the corridors solid otherwise.

On the RepRap Community Hub stand we had - 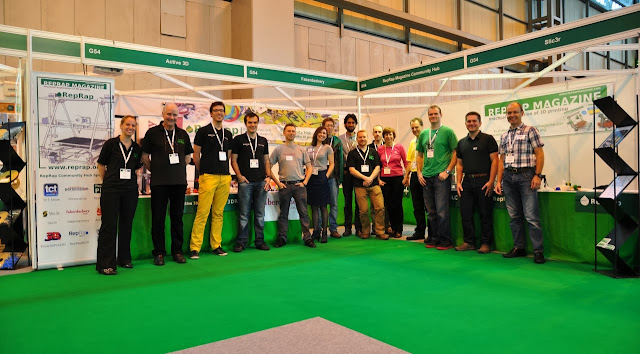 The Team! - RepRap totally dominated the back section of the show - Photo by - Hamish Mead 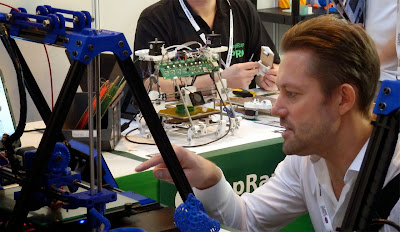 RepRap Barcelona - The RepRapBCN team were fantastic, we all had a real blast from the moment they arrived carrying two stunning and solid new 3D printers to the end of the show, I can't wait to see them all again soon. 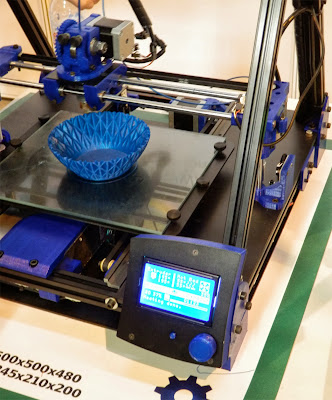 RepRap Barcelona have already made a great review video showing various aspects of the show, take a look below - 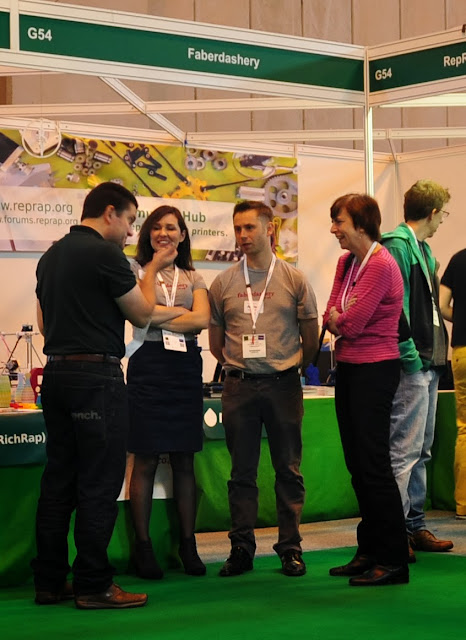 Faberdashery - Clare, Andrew and the team added magic, colour and style to our community stand, their unmistakable and rich coloured PLA was being used throughout the event, with stunning objects on display and fantastic advice for anyone who asked. I had my 3DR printer next to Faberdashery, and I just want to thank Clare and Andrew again for answering hundreds of questions about my machine while I was off the stand for one reason or another. 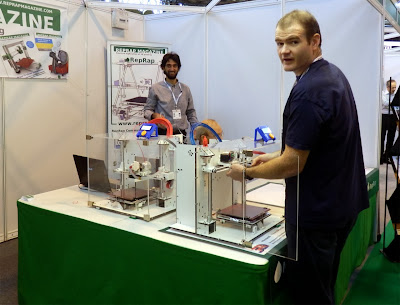 Think3DPrint3D - Tony and Roland had two of their very new Mendel90 Laser-Cut machines running. These machines have an optional enclosure that can really assist with big ABS prints. It was inspiring to hear how Tony and Roland have built up their business and they certainly have some very exciting things coming out soon. 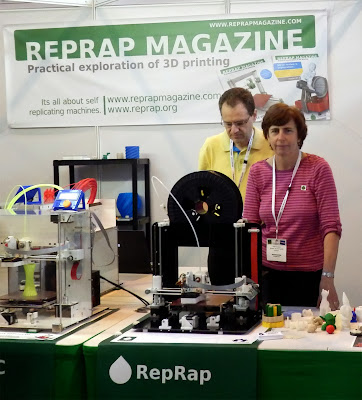 NopBotShop - I was so delighted that both Chris and Mary from the NopBotShop could make the show, and also bring along the stunning black Di-bond Mendel90 that Chris (Nophead) designed and developed from scratch. Reading Chris's Hydraraptor Blog was one of the main reasons I became interested in doing RepRap development, so after all these years it was so nice to finally meet Chris and Mary. 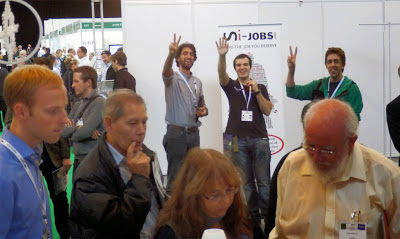 Slic3r! - Another amazing person to meet was Alessandro, it was a true honor to meet up with Slic3r's creator, so many new and cool things are coming soon, it's going to be another great year for this fantastic piece of essential RepRap software. 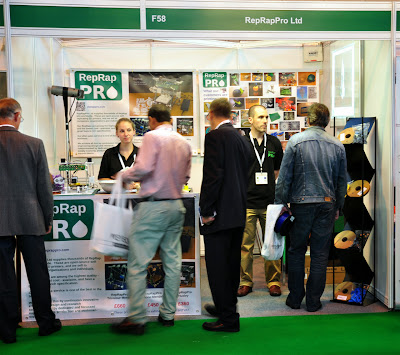 RepRapPro Ltd. - The whole team were at the NEC this year! They also had so much to show that RepRapPro decided to take another stand right next door to us. This proved a very wise move due to the massive attention both our stands were drawing from the show's visitors. RepRapPro built up a Huxley from a kit on the community hub stand and demonstrated the entire range of machines and options on their stand.
Again, RepRapPro have some great developments in the pipeline, keep an eye out! 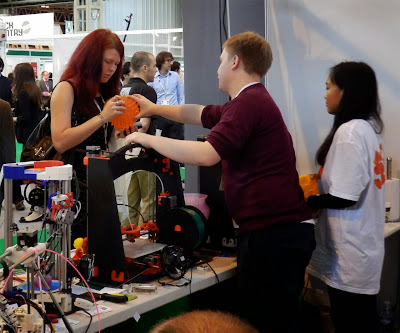 Active3D - Justin and the team from Active came fully tooled up with machines and a collection of more 3D printed things than I have seen in a long time. Justin described the event - "As good as a family Christmas! Thank you, Amazing" - I totally agree.

Hamish Mead - Hamish is the inventor of the world's first open source time machine... OK, it's a watch, but a really, really stunning one, everything is fully designed from scratch, including all the electronics, hand-built and featuring a 3D printed case. 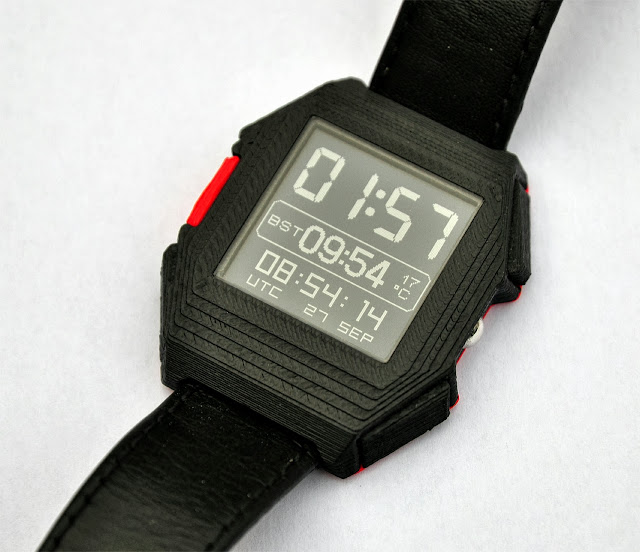 RepRap Magazine - I had the total pleasure of meeting Paulo, our magazine editor for the first time, and Gary Hodgson (the creator of thing tracker, Githubiverse and loads of other great projects)

3DR was in full flow printing some simple pots using my ultra easy dual mixer hot-end. I didn't get time to print all that much else unfortunately.

It was really interesting, seeing so many big names under one roof and we also had a wide range of presentations and speakers to see during the two days.

It was truly great to meet Todd Grimm and Joris Peels, who both helped me relax a little and provided great advice before I went on stage to present in front of around 400 people. Both Todd and Joris have a wealth of experience in additive manufacturing and offered huge insight during the show and in their own presentations to a packed out crowd.

One presentation I wish I could say I will never forget was from Jeremy Pullin (@jezpullin), Jeremy is the Rapid manufacturing manager for Renishaw. I was not quite expecting such a spectacular display. It was very much like seeing a really good comedian on stage, but upon waking up the next day you remember that you had a great time but have forgotten all the jokes. I felt this way after Jeremy's presentation, and I'm still trying to recall now what was said. Maybe it was the shock, I was clearly not prepared. just to give you a taster - Jeremy started off by Glassing himself on the forehead live on stage, then attempted to kill someone on the front row with a scented candle! - after that, it was a bit of a blur, but a lot of extremely good points were raised. I'm sure the entire home 3D printing and maker community was directly insulted at one point with a reference to masturbating over the new Dr Who assistant...  It was all very good stuff and if it ever makes it onto the internet you may even be able to check out what you missed. As Duncan Wood quite rightly said - that will go down in legend!

Jeremy lives only a short distance from me, so I do hope one day to meet up with him over a pint and talk about some of the things we don't know about Additive Manufacturing, after all, we only make simple self-replicating machines here at RepRap ;)

Ultimaker! - We spent some time with the awesome Ultimaker crew, they were showing the new sparkling Ultimaker2 - all white and innocent :) - there was a rumor going around the show floor that their machine was fighting the (black and red) 'dark side' by using the good 'rebel force' (white and blue) of the new Ultimaker2 - I think it worked :) 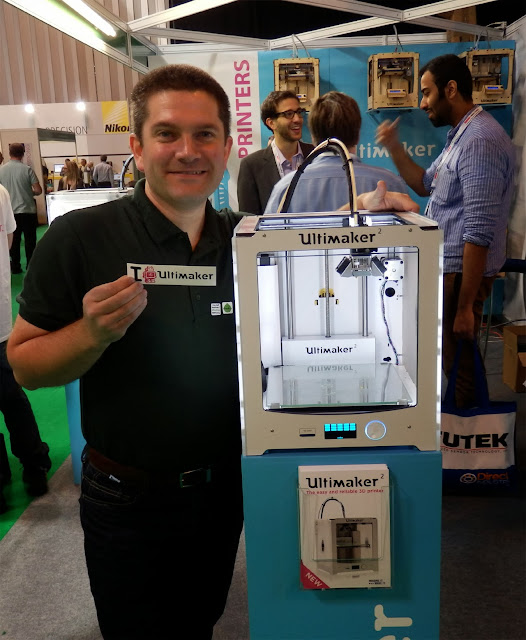 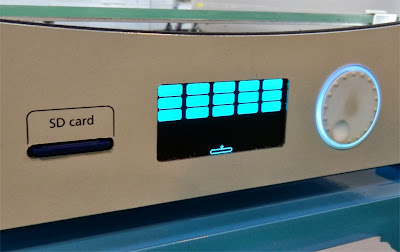 The Ultimaker 2 Easter egg ! - play a spot of breakout while waiting for a print :)

Loads of other things to see and do at the show, but I'll save them for the next RepRap Magazine issue. 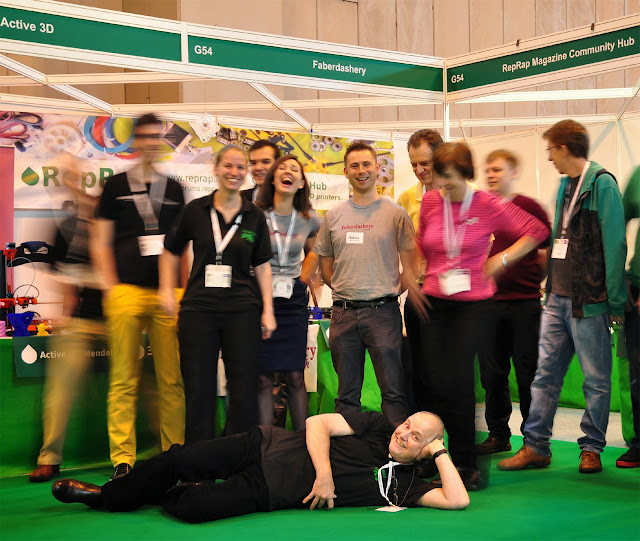 Lets just finish off by saying we had a lot of fun!

If you want to read more about the show, take a look at the TCTMagazine and Personalize.

You may have noticed a lack of comments about the bigger companies and 'professional' products, that's basically because very little has changed, both in the technology offering and the attitude towards licensing.

I was quite disappointed to see designs and models being used without any sort of attribution, but unfortunately not surprised. Many of the bigger players in this industry are still playing by different rules, and until that changes it's going to be hard to see how the communities, makers and designers can really collaborate with them. I'm still hopeful that things can change for the better, but regardless we are setting our own path.

Rachel Park covered wider aspects of the show in her recent article for 3DPI here - Well worth a read.

The RepRap and maker community already plan to be back bigger and better next year, the TCT Show is moving to a 3 day event, they have also signed up to be the 3D printing voice of CES (Consumer Electronics Show) in Vegas and London next year! - that's massive news.

Finally a really massive thank you to all the show organisers, Personalize, TCT Magazine and everyone who helped make this show a total success. Also not forgetting all the many people who visited us, shared ideas, failures and successes. It was great meeting each and every one of you. 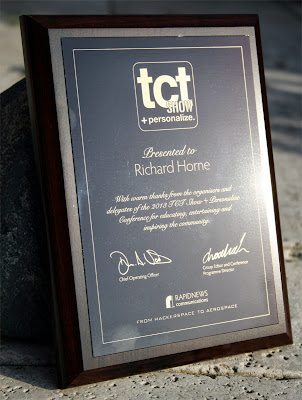 The TCT and Personalize team at thought of everything, and I was rather pleased to receive this gift of appreciation for presenting at the show. From Hackerspace to Aerospace - you guys totally rock! - can't wait for next year.

RepRap really is a special project to be involved with and would not be the same without all it's fantastic and enthusiastic members!

Until next time, thank you.